The ‘Me Too” movement has spread virally all over the world. Thanks to social media that gave the courage to women to speak out loud about the harassment faced by them at workplace. Till now they used to fear bringing up this issue in front of the society but now time has changed. Though this movement gained momentum in India very late but now it has gathered sharp momentum & many women have shared their me too stories on social media & has put allegations openly on the persons responsible for their harassment. The widespread awareness of this movement also led the Government to thinks & take measures for preventing sexual harassment at workplaces. This gave birth to POSH Act.

As per Section 4 of the Sexual Harassment of Women (Prevention, Prohibition and Redressal) Act, 2013 (PoSH Act), it is mandatory for every employer including Government and Non-Government organization employing 10 or more employees, to constitute an Internal Complaints Committee (ICC) to deal with the complaints of sexual harassment filed by any woman at workplace. 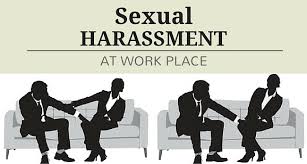 Let us have a brief introduction of what this POSH Act is & why there is so much emphasis on complying this Act. You must have seen various bill-boards & advertisements in metros, newspaper, hoardings creating awareness about POSH.

The POSH (Prevention of Sexual Harassment at the Workplace) Law was formulated with the core objective of protecting the employees against sexual harassment at the workplace.

The Central Government brought The Sexual Harassment of Women at Workplace (Prevention, Prohibition, and Redressal) Act, 2013 into force w.e.f. 9th Dec, 2013 to provide protection against Sexual Harassment of women at the workplace as well as for redressal of such complaints.

This Act guides about the different ways in which someone can be sexually harassed and how they can complain about this kind of behavior.

This Act is for any woman who is harassed in any workplace. It is not necessary for the woman to be working at the workplace in which she is harassed. Similarly, a workplace can be any office, whether government or private.

Defining workplace under the Act

The term “workplace” in the Act includes any department, organization, undertaking, owned, controlled or managed by the government as well as any private sector organization, unorganized sector, or a private venture, undertaking, enterprise, establishment, trust,  NGO and institution. It also includes any hospitals, nursing homes, sports institute, complex or game venue, whether residential or not.

The Act covers any/every place visited by the employee during the course of employment including transportation. Even non-traditional workplaces which involve telecommuting and virtual spaces are covered under the law.

Both organized and unorganized sectors are covered by this Act and non-compliance of any directives will lead to consequences.

The Act applies to all women who fall in below category:

As per the Act, Sexual Harassment includes any one or more of the following behavior:

The context around sexual harassment:

What the Employer needs to do ?

As per Section 4 of the Act, every employer having more than 10 employees must constitute a committee known as Internal Complaints Committee. This Committee must include:

A Presiding Officer:  A woman employed at a senior level

Members: At least two members representing the employees of the organization

External member: One member from amongst non-governmental organizations or a lawyer

Provided, that at least one-half of the total members so nominated shall be women.

The term for all ICC members should not exceed three years from the date of nomination.

A minimum of three members including presiding officer should be present for conducting any inquiry.

The ICC shall prepare an annual report of all cases filed, if any & their disposal & submit the same to the State Government.

Any aggrieved woman need to submit six copies of written complaint along with supporting, names & address of witnesses within three months from the last date of incident.

If the aggrieved woman requests, the ICC may take steps to settle the matter between the complainant & respondent through conciliation & forward the recorded settlement so arrived to the Employer or the District Officer to take action as per the recommendation. Otherwise the ICC can initiate an enquiry upon the complaint which must be completed within 90 days of time period & forward the recommendations to the employer or District Officer for implementation.

The Employer or the District Officer should act upon the recommendation within sixty days.

Non-compliance to the Act, can invite trouble for the management. They even face charges of abetment to the crime and criminal prosecution.

How the Employers can become POSH compliant ?

For being POSH compliant, the Employer must ensure to fulfill the below requirements:

For the detailed information you can go through the complete Act attached below.