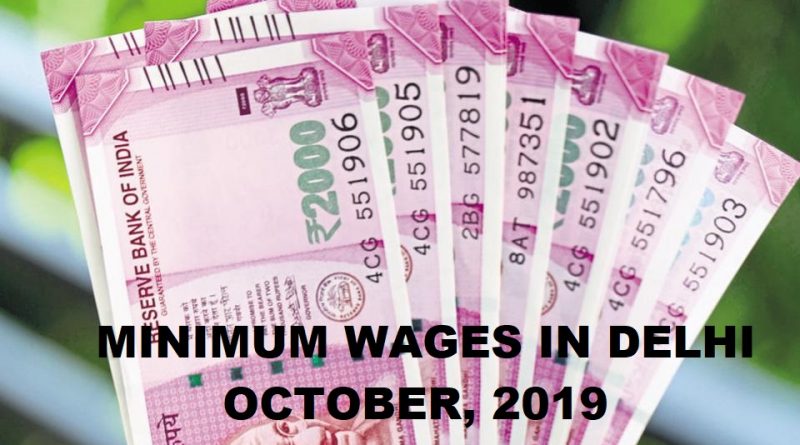 The Government of Delhi, Labour Department vide Order no. 12(142)/02/MW/VII/3636 dated 23rd October, 2019 has notified the applicable Rates of Minimum Wages in Delhi after including both the installments of DA (April and October, 2019) which shall be payable for all the categories of workers w.e.f. 1st April 2019 and 1st October 2019 respectively.

The rates after including both installments of DA (April & October, 2019) shall be as follows in all schedule employments for different categories of workers

You can download both the notification mentioned above from the below attached link.

As per the Government, this increase in minimum wages is going to benefit around 55 lakh workers in the city. However, the Confederation of All India Trader (CAIT) are opposing this decision saying it is going to impose a major financial burden on traders and employers. They are asking to roll-back this unilateral decision of Government.

Tell us about your views on this move of Delhi Government.